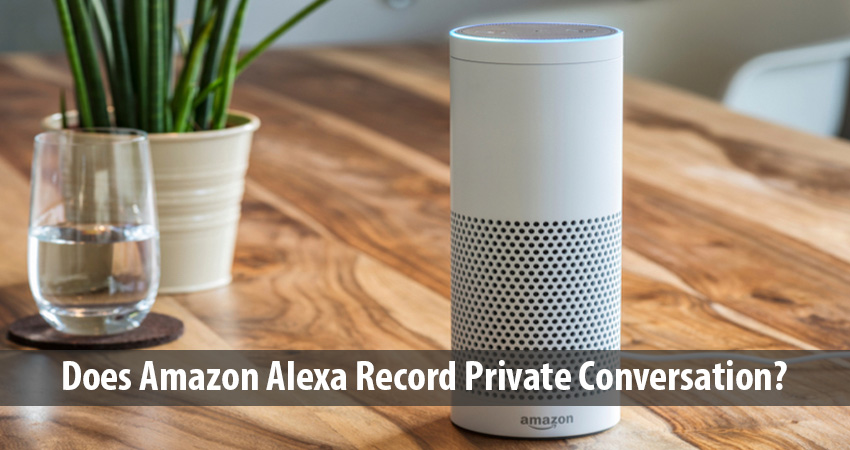 There is a news break during last few days. A couple lives in Portland claimed that Amazon Alexa has recorded their private conversation and shared to the contact list randomly. They explained that the smart speaker of Alexa device has recorded their private conversation and transmitted over the contact list. They actually had fitted smart home devices to every room. These devices were powered by the voice assistant. One day they got a phone call from a friend living in Seattle. That friend informs that they should unplug the Alexa devices because they were hacked. A friend also told that they have received an audio file with their internal recordings.

Danielle (the Portland couple) also indicated that by connecting to Amazon customer support they got confirmation from the supporting agent by saying “our engineers went through your logs, and they saw exactly what you told us, they saw exactly what you said happened, and we're sorry." According to the report, she also claims that the support agent”. While the other report indicates that the device didn’t behave according to the complaint. It performs the tasks, she is programmed to do.

This incident raised a lot of Questions in Customer’s mind. Does Alexa listen and record all private discussion all the time? Smart home application usually needs to have a lot of echo devices in different places. These devices are required to control different functions, security, lights, atmosphere and much more. So is your private discussion safe? According to Amazon, Alexa only listens and record the commands after a specific word. The command could also be deleted from the device history.

Alexa is nowadays efficiently working as an organization’s proactive virtual assistant. It is supportive of the user not only as a smart home application but a complete assistant. If you’re busy in doing some important tasks and at the same time want to call a car to visit somewhere. Alexa can do this task for you. You can activate your device by saying the specific word and give your command. It will perform its duty proactively and considered as the best assistant.

But hearing the conversations all the time can cause a security problem. If you don’t want Alexa to listen to your voice, simply mute its microphone. The button is available at the top of echo speakers. You have to press the button until its light turns red.

If we talk about Amazon, they said whether the light speaker is red or blue it didn’t react as a spy to user’s conversation. If it is reacting in such a way, there could be some technical fault that needed to be cured. Alexa always wakes with its wake-up command “Alexa”. But this is not the 1st complaint received regarding Alexa echo devices. It has spayed the customers many times and the clients also have reported it. If there is a bug in echo devices, it needs to be fixed. Users are quite concerned regarding their private conversations.

According to Amazon, Alexa listens and record the voices after “wake” word. It doesn’t constantly record the conversation. All of the recordings stored on Amazon’s servers. Remember! If you’re muting the microphone, you’ll also not able to send your command to Alexa.

Furthermore, if you wanted to hear your recordings, there is the simplest procedure. You just need to follow the following steps: