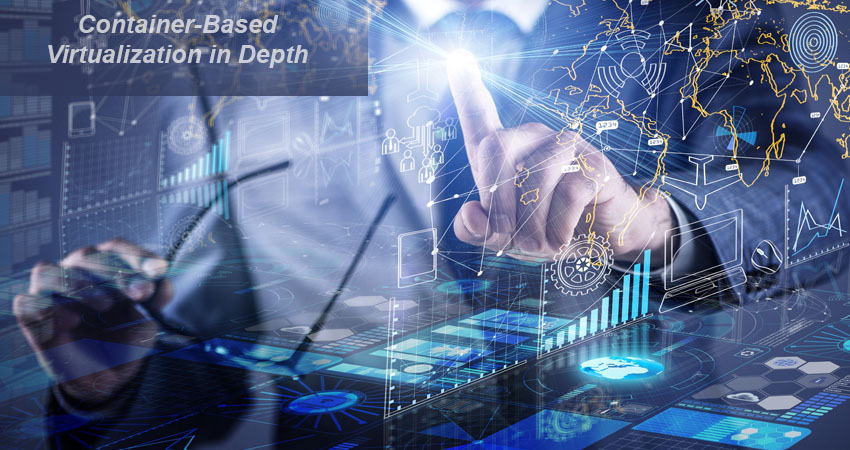 Container-based virtualization is also known as containerization and application containerization.  Containerization is a technique that is used in software deployment and execution. This technique is mostly used in software execution with enhanced reliability while moving from a cloud computing environment to another. It is completely changed the approach of caring out the IT processes. The demand for efficient, secure and reliable applications and operating systems is gradually increasing. Container-based virtualization deployment is also increasing in demand.In this article, I’ll share all details that you wanted to know about this technology.

What Is Container-Based Virtualization And Why It Is Needed?

Containerization is actually a reliable solution to execute while moving from computing environment. While moving from one environment to another, the process could be imagined as the transformation from developer’s machine to stage environment and then to production. It might also be executed to some developer’s machine to the data center and then to the virtual system in the cloud.In this scenario, the problem could be faced if supporting environment doesn’t match. Here, by supporting environment, we can say the changed version of technology or difference in policies. There might be a difference in the network topology that could create some challenging situation. This transformation creates a problem if software environment of developer’s machine and stage or cloud doesn’t match.Here Container-Based Virtualization could be a supportive approach. You simply need to put container that consists of a complete runtime environment. Application containerization along with all libraries and dependencies should be bundled within the suite. Containerizing the complete application platform and its suite of dependencies, as well as libraries, resolve the problem of difference in OS and software versions.

Containerization attained the popularity with open source Docker. Docker developed a technique to provide containers an enhanced flexibility. It allows moving the software/application among any system that distributes the host operating system type by modifying the code. Docker containers are not the guest operating system variable or dependent on library management.Containerization is supportive in attaining the maximum efficiency for storage, CPU, and memory. This is a significant advantage that could be attained by containerization instead of traditional virtualization. Because containers don’t have a separate operating system. Therefore more than one container can support the single infrastructure. Application containerization can expand performance because it simply allows a single operating system to take care of all hardware calls.One of the major advantages of containers, they could be easily and speedily developed. It is a perfect solution for the development of an agile environment that facilitates with different techniques e.g. microservices. 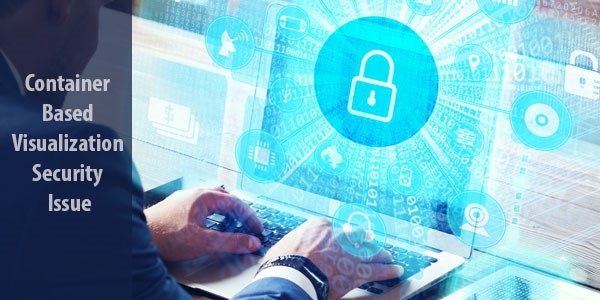 Multiple containers are allowed to run on a single operating system. The probability so ending up with the occurrence of single point failure is higher. In order to terminate this ending up Docker’s defense tool is beneficial. It allows the developers to sign containers digitally. In such way, the user of Docker image is allowed to validate the authenticity of content and source. The container could be risky, developers should take care of its security issues. In order to control the risk, container susceptibility should be managed.Before moving further, it is necessary to clear that traditional approach of network security couldn’t essentially encompass into the container. Multiple containers are allowed to interconnect within one host operating system. It could be called in order to find out the approach of the network controlling within the container host operating system.Containers are bounded in a different complex and sensitive production application, therefore, they need to be handled according to other deployments. Every individual container works on the software that may contain vulnerabilities. Though it is to essentially allow the access to the operating system of the server. The chances of irregularities still couldn’t be denied. One should understand and keep it in mind that the security of server that hosting the containers is as essential as the container itself.

Container-based virtualization is becoming critically important for technology developers. The virtualized technologies are rapidly using thousands of organizations. These organizations have unified their workload to make the information technology atmosphere more flexible and scalable. It is nowadays considered as a fundamental technology for industry. It is rapidly adopted by the large enterprises as well as small and medium businesses. To be more precise virtual machines are the best and reliable solution for monolithic applications while container-based visualization is perfect for microservices.