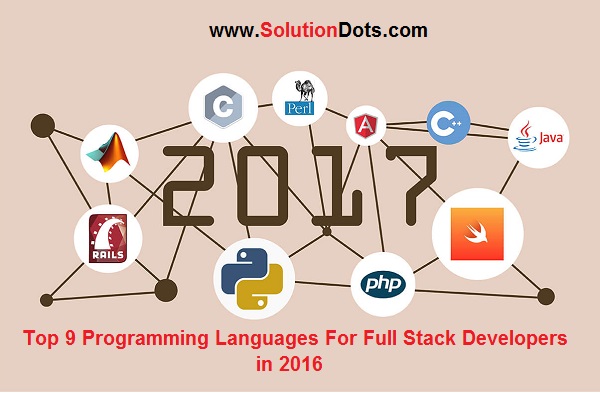 JavaScript is a object scripting language used along with the HTML and should be learned by every web developer. It is the best programming language to create the interactive web pages with complete user-friendliness. It allows you to create amazing and special visual effects.

C++ is an object-oriented server-side web development language. It is a simple, efficient and appropriate language for the web developers due to the reusability of coding along with excellent performance. The code of C++ could be written in simple English language. It helps you in understanding different other programming languages such as java, javascript, and others.

PHP (Hypertext Preprocessor) is a server-side scripting language used by different web developers for creating dynamic websites. It has the ability to enhance the appearance and functionality of websites. PHP is easy and preferred to use with HTML language.

Hyper Text Markup Language (HTML) is a language that could be considered as a power of the web. HTML is commonly used with CSS and JavaScript to give a better appearance to your web pages. It is easy to learn because of its simple syntax and supported by all web browsers.

Cascading Style Sheets (CSS) is used to style the web pages, it is used with HTML to improve the presentation of the websites. It allows could be considered as a control of web pages, CSS have the ability to convert the website into the user-friendly website.

Ruby is a general-purpose, object-oriented, reflected and dynamic web programming language. It is used by different web developers to create user-friendly and effective interfaces. It is considered as the best programming language for the beginners because it is easy to learn.

Perl stands for Practical Extraction and Report Language, it is recommended to the full stack developers for text processing. The ability of Perl to manage texts systems makes it a great tool in web development.

SQL stands for Structured Query Language, it is a used to communicate with the databases because it is a special purpose programming language that enables to access and manage the data in Oracle, MySQL, and many other databases. SQL retrieve large amounts of records from a database efficiently.